How to Draw Vaporeon Pokemon 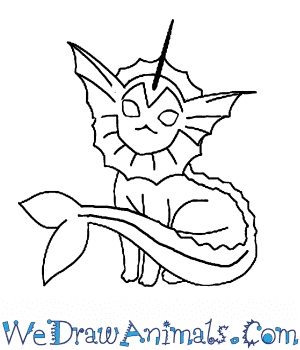 In this quick tutorial you'll learn how to draw Vaporeon in 7 easy steps - great for kids and novice artists.

At the bottom you can read some interesting facts about the Vaporeon.

How to Draw Vaporeon - Step-by-Step Tutorial 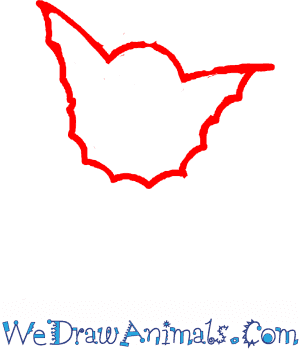 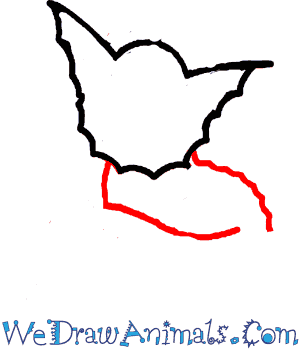 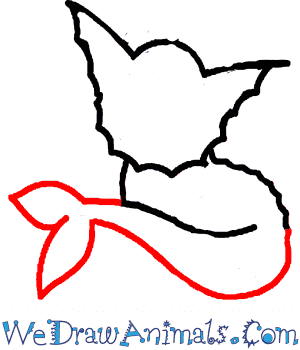 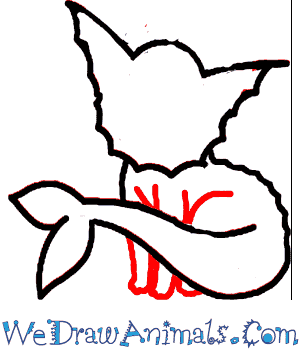 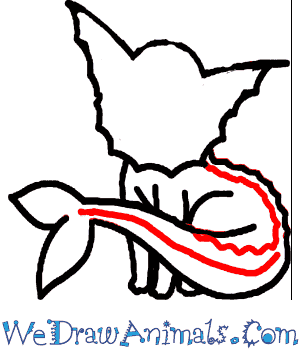 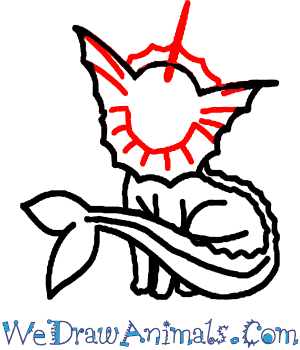 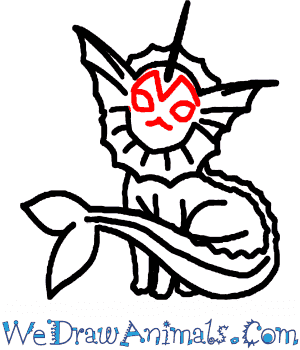 Interesting Facts about the Vaporeon

It looks like a very big lizard like creature with a rough around its neck and has a ridge running through its back way down to its tailfin. It has adapted to living both on land and in water. It has adapted to life in the aquatic with the development of gills and the camouflage technique of melting into water since it can mimic the molecular composition of water.

It resides mostly in urban areas with humans. 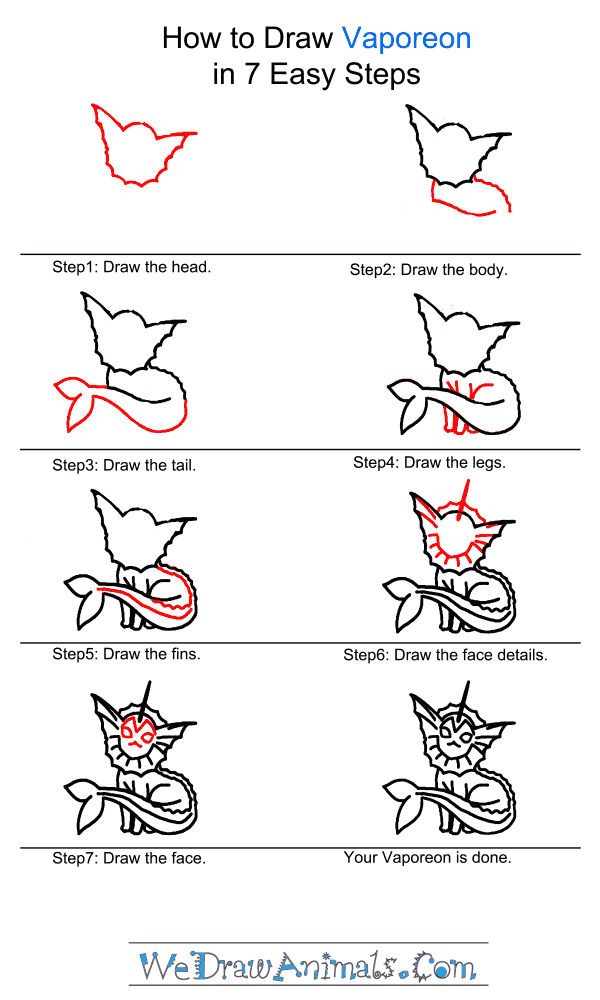 How to Draw Vaporeon – Step-by-Step Tutorial