How to Draw a Cockatiel 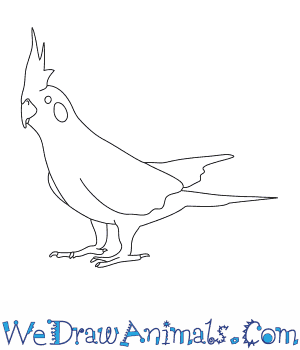 In this quick tutorial you'll learn how to draw a Cockatiel in 7 easy steps - great for kids and novice artists.

At the bottom you can read some interesting facts about the Cockatiel.

How to Draw a Cockatiel - Step-by-Step Tutorial 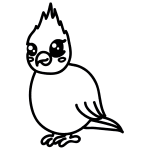 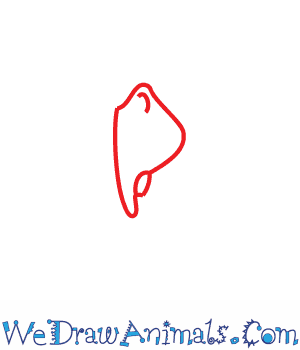 Step 1: Let's draw a Cockatiel, which is a common and popular house parrot. First, draw the beak. It is a cone shape that comes in real close at the bottom to make the beak. Add another small curve just under the point of the beak. 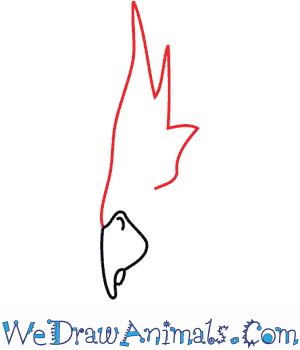 Step 2: For the crest of the Cockatiel, draw a line straight up and have it come down into several pointy spikes. 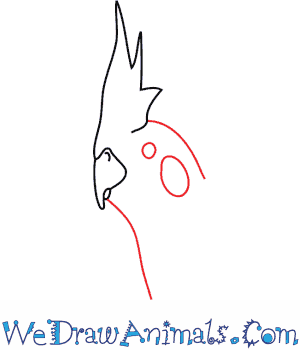 Step 3: Next add the eye by drawing a round circle. Add another larger oval shape under that for the pattern on the head. Then, add a curved line under the beak for the neck and another curved line hind the crest for the back. 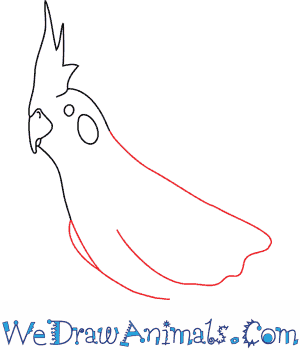 Step 4: Now, continue the body and wing as shown by making feathery points on the wing. Make another arc under the neck for the chest and belly as well. 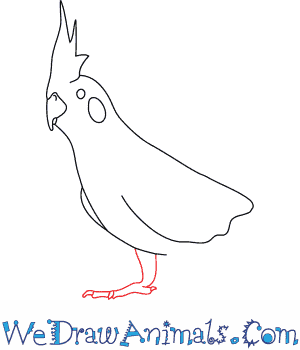 Step 5: Now draw a foot under the bird by bringing down two lines that angle off into toes at the bottom. Add sharp little claws at the end of the toes. 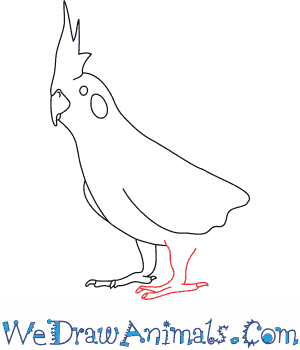 Step 6: Now, add the front leg in a similar fashion to the first leg. 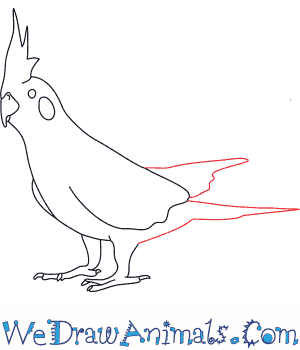 Step 7: Finish your Cockatiel by drawing the long slender lines to form the tail feathers. Add another similar tail shape above the longer one for additional detail.

Interesting Facts about the Cockatiel

The cockatiel is a type of bird that is a member of the cockatoo family that is native to Australia. Chances are you might have or know someone who has one of these beautiful birds as a beloved household pet, since these birds are the second most popular caged bird!

How to Draw a Cockatiel – Step-By-Step Tutorial