How to Draw a Cougar 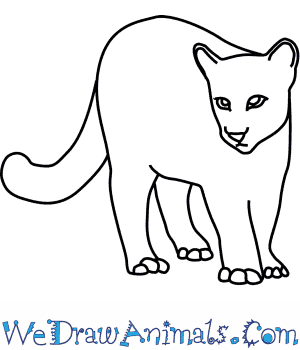 In this quick tutorial you'll learn how to draw a Cougar in 8 easy steps - great for kids and novice artists.

At the bottom you can read some interesting facts about the Cougar.

How to Draw a Cougar - Step-by-Step Tutorial 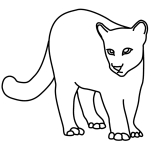 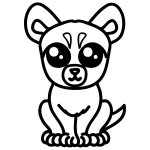 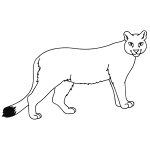 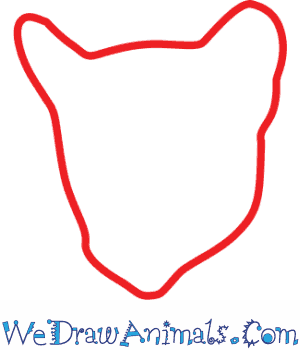 Step 1: Start with the cougar’s head by thinking of a triangle and then making it bumpier so as to give it ears and a chin. 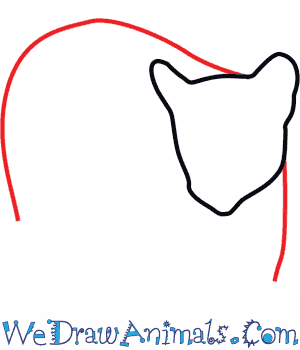 Step 2: Draw the body by drawing one mostly straight line from the right side of the head and a long semicircle coming from the top of the head that loosens at the ends. 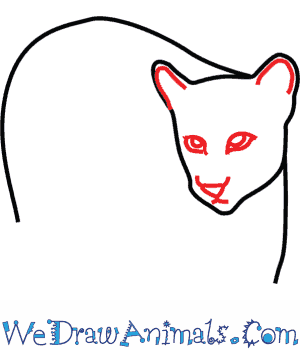 Step 3: Draw two semicircles for the ears, two ovals inside of other ovals for the eyes, a triangle for the nose, and a small line for the mouth. 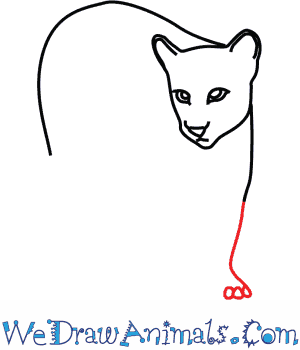 Step 4: For the first front leg, draw down from the body and curve out for the foot. Make three toes. 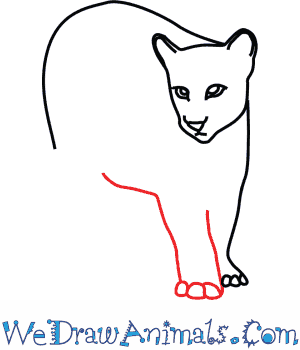 Step 5: Draw the other front leg larger than the first, and draw the bottom of the body off from the left part of the leg you just drew. 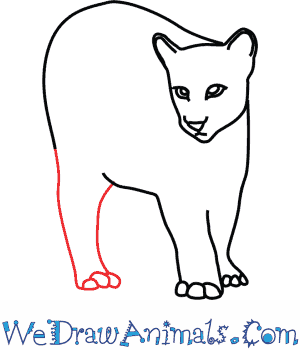 Step 6: Draw the hind leg much like the front legs, in doing so connecting the back and the bottom of the cougar. 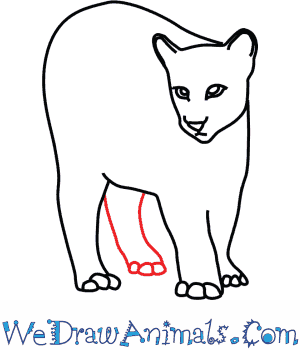 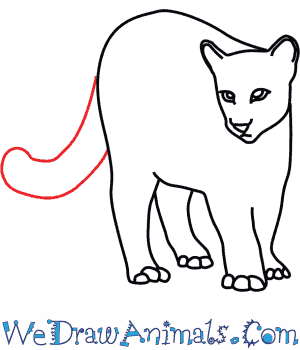 Step 8: Draw the tail by making two curving lines from the back of the body, but have them connect by a semi-circle instead of a point. Your Cougar is now done!

Cougars are the fourth largest wildcat in the world. They reside in the mountains, forests, and jungles in the Americas. Cougars are also referred to as pumas, mountain lions, and panthers. In fact, according to The Guinness Book of World Records, the cougar has the most names of any animal on the planet.

Cougars are excellent hunters. They are carnivores, and their diet depends on where they live. For example, in North America cougars tend to prey on elk, moose, sheep, and small rodents such as rabbits. Cougars have to compete with bears and wolves to fight for their prey. 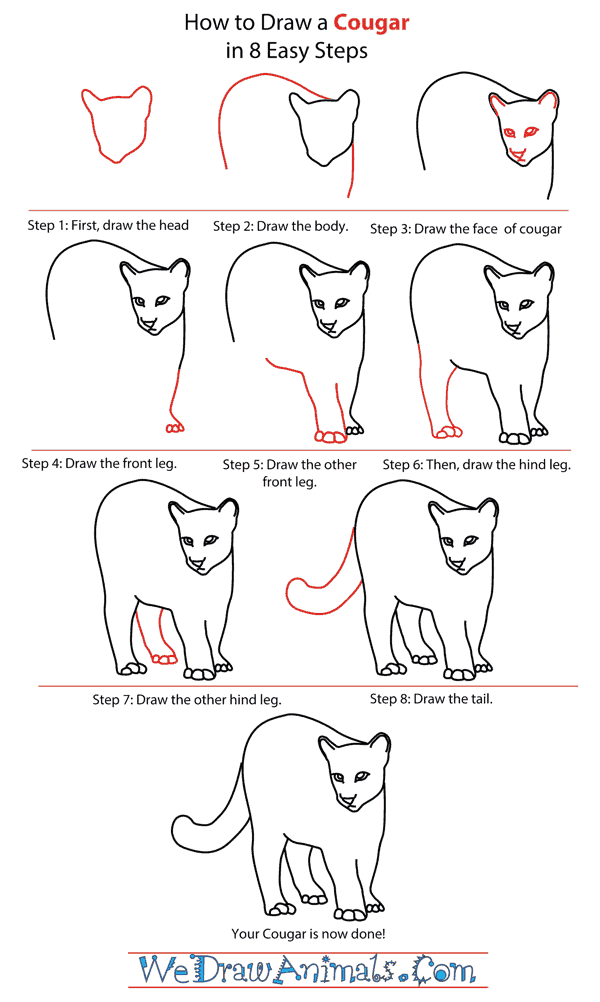 How To Draw A Cougar – Step-by-Step Tutorial