How to Draw a Groundhog 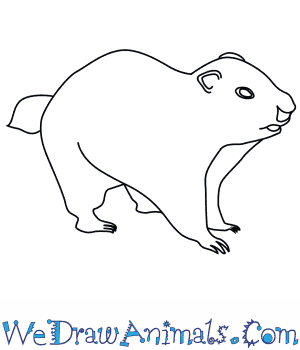 In this quick tutorial you'll learn how to draw a Groundhog in 8 easy steps - great for kids and novice artists.

At the bottom you can read some interesting facts about the Groundhog.

How to Draw a Groundhog - Step-by-Step Tutorial 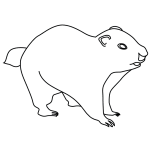 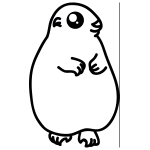 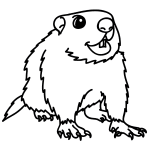 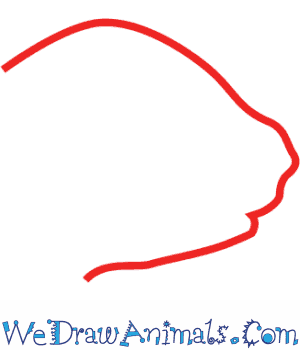 Step 1: Use part of an oval to start with for the head, making bumps and indents for the nose, mouth, and chin. The top should stick out a little more than usual. 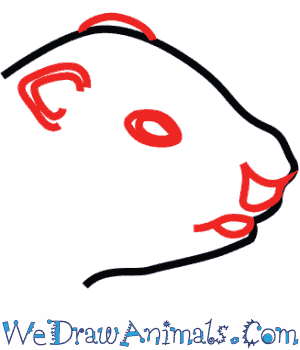 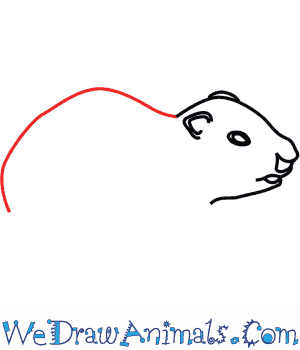 Step 3: For the body, draw a slightly bumpy semi-circle coming off the head so that there appears to be a small hump on the back of the Groundhog. 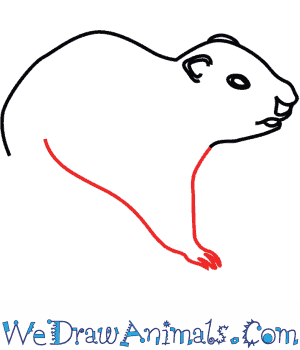 Step 4: For the front leg, draw down from the head and make lines for the toes. Coming back up make the line nice and wavy as you move to the left and up, stopping near the end of the body. 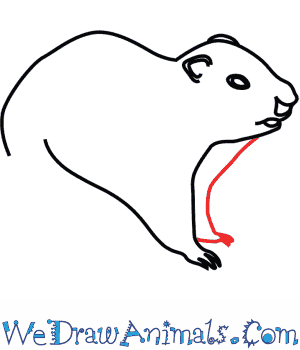 Step 5: Draw the other front leg behind the first, starting to the right of the first when coming down. 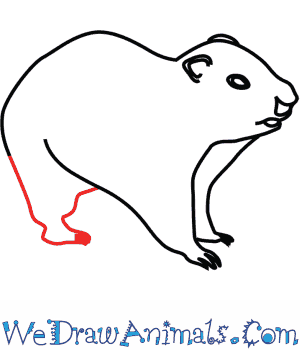 Step 6: Draw the hind leg to be much thicker than the front leg, making the ankle thinner than the foot or leg. 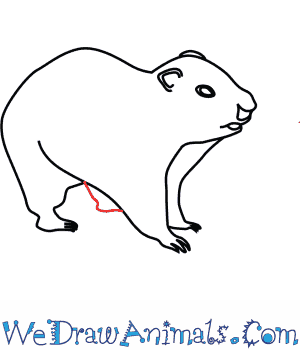 Step 7: The other hind leg will be mostly hidden, taking shape as a triangle coming out the bottom of the body with a small curve for the heel 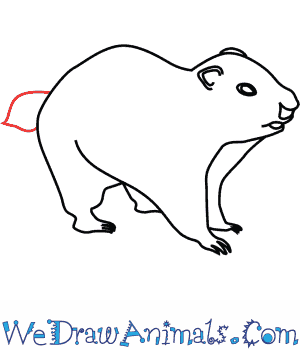 Step 8: Draw the tail so that the end is pointed instead of round. Your Groundhog is now done!

Groundhogs are rodents, and they are the largest member of the squirrel family. Groundhogs dig holes in (where else?) the ground, where they sleep, take care of their young, and hibernate during the winter. Typically, the groundhogs’ burrows are about five feet underground, and there could be up to five different entrances. There could be up to 50 feet of tunnels for a group of groundhogs.

Punxsutawney Phil is probably the most famous groundhog of all. Every year on the second day of February (Groundhog’s Day), he predicts the coming of spring. If he sees his shadow, he returns to his burrow, and we can expect six more weeks of winter. 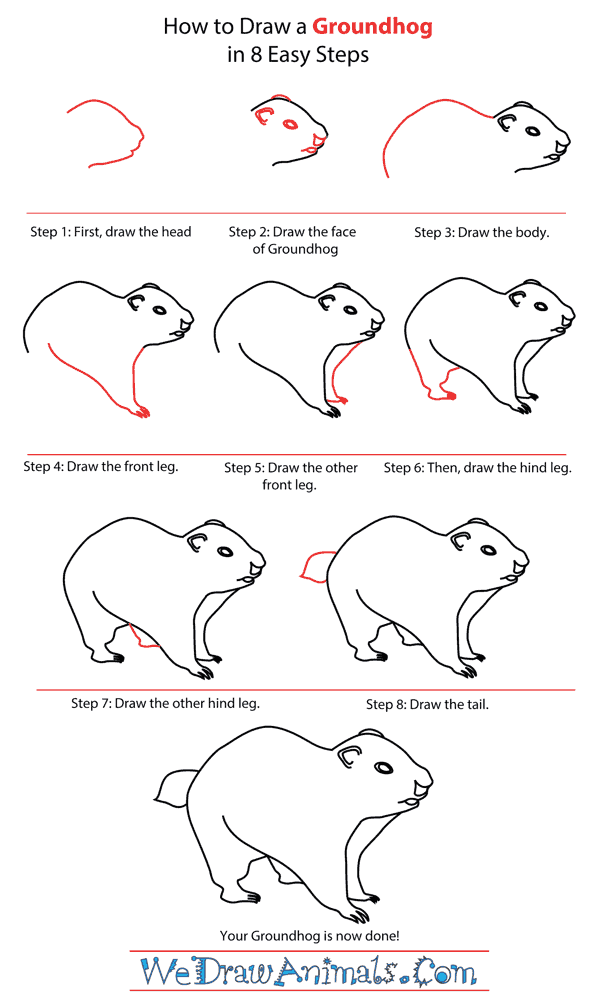 How to Draw a Groundhog – Step-by-Step Tutorial