How to Draw a Platypus 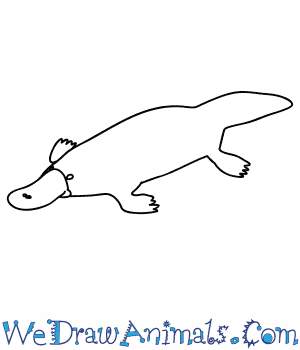 In this quick tutorial you'll learn how to draw a Platypus in 7 easy steps - great for kids and novice artists.

At the bottom you can read some interesting facts about the Platypus.

How to Draw a Platypus - Step-by-Step Tutorial 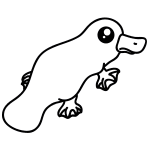 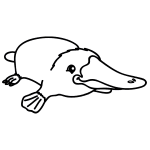 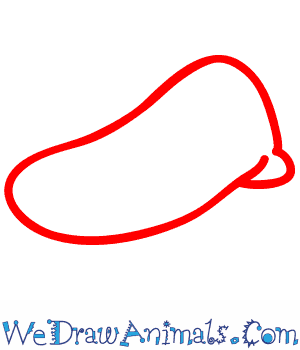 Step 1: Begin by drawing the mouth. Even though platypuses are mammals, they have a flat bill like a duck. 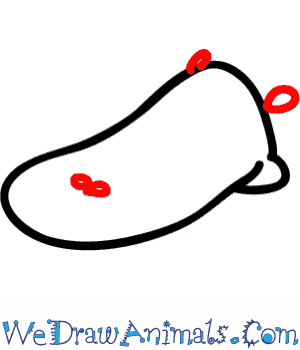 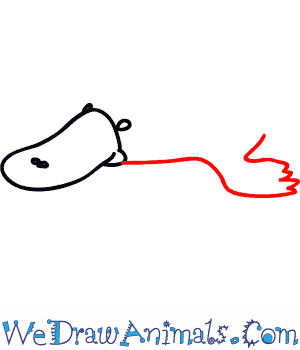 Step 3: Now draw the neck and the first foot. Did you know? Platypuses have webbed feet that they use to swim through the water. 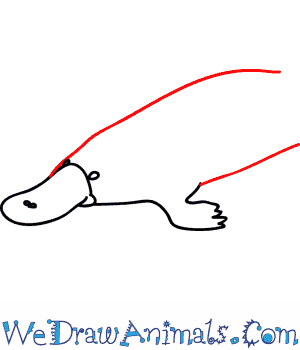 Step 4: Next, draw the platypus' body. Draw a short line behind the first foot, and a longer line on the other side. Leave a lot of space open on the back of the body--that's where you'll add the tail later. 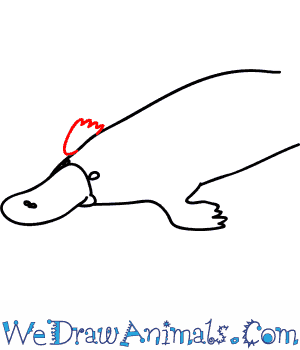 Step 5: Now draw the other front foot. Don't forget to add the webbing between the toes! 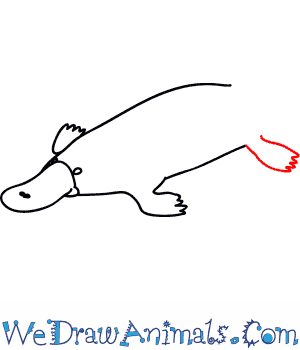 Step 6: Your next step is to draw the hind foot. It should look like the front one, but be a little bit longer and skinnier. 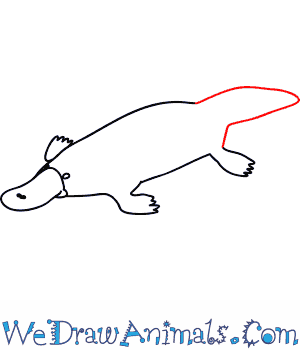 Step 7: Now that you've drawn the platypus' head and body, all that's left is the tail. Platypuses have a very wide and flat tail, much like a beaver. This tail helps to propel the platypus while underwater, where it can breathe for almost 30 seconds!

Platypuses are mammals that are native to the eastern region of Australia. They live in wet habitats such as freshwater streams, marshes, and rivers. Platypuses also live in highlands and tropical rainforests. 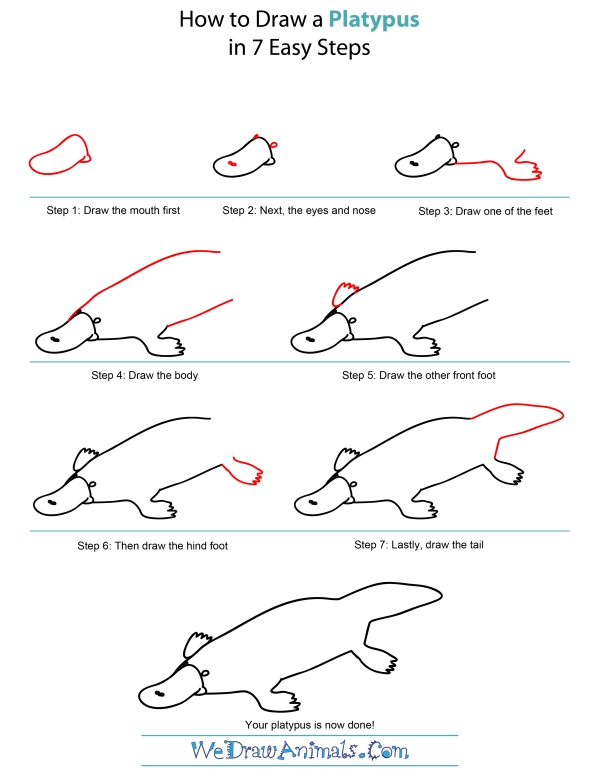 How To Draw A Platypus – Step-by-Step Tutorial