How to Draw a Swordfish 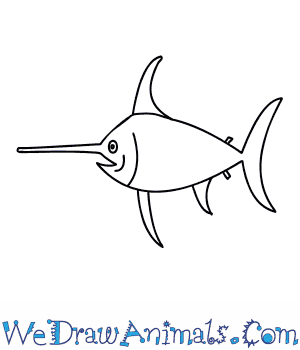 In this quick tutorial you'll learn how to draw a Swordfish in 6 easy steps - great for kids and novice artists.

At the bottom you can read some interesting facts about the Swordfish.

How to Draw a Swordfish - Step-by-Step Tutorial 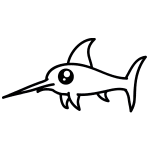 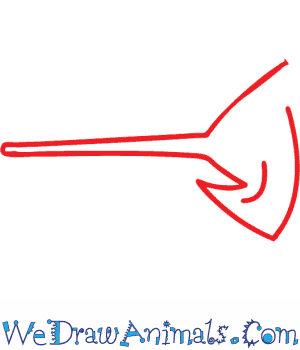 Step 1: Let's draw a Swordfish by starting with a sideways 'v' for the mouth. They have no teeth. Just like the name, this fish has a long, flat bill which looks just like a sword. They use it they use to pierce their prey-like the way a real sword is used. Draw the long blow and finish the head with a cone shape. Add another small curve behind the mouth. 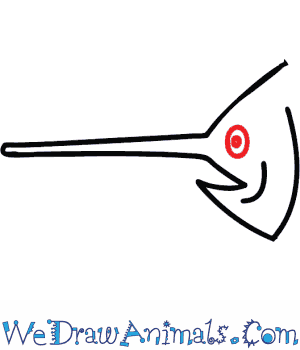 Step 2: Draw a circle in the head for the eye. They have great eyesight, which makes them great hunters. 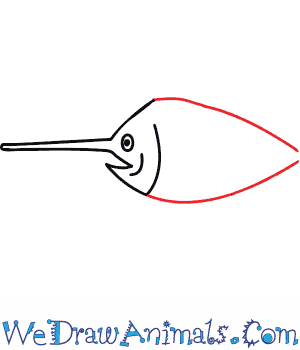 Step 3: Draw two curved lines that get closer together toward the end for the body. 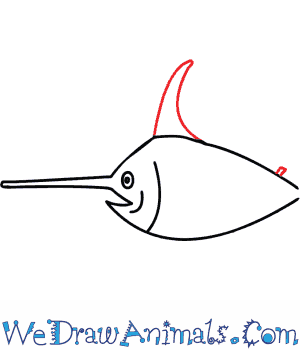 Step 4: For the first fin, draw two long curved lines on top of the body. Add another smaller fin towards the back. 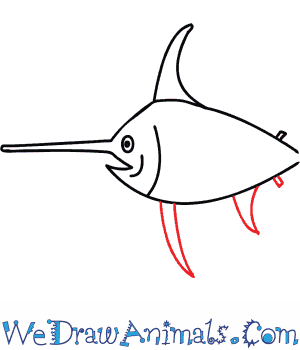 Step 5: Now, add three more fins along the bottom. Notice the front one is much longer than the other two. The middle lower fin is more of a triangle. Add the last back fin to match the small one on the top. 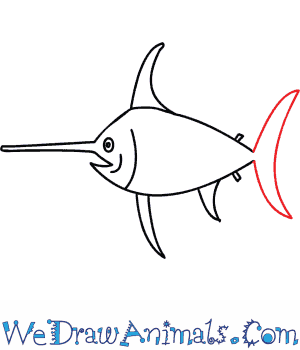 Step 6: Now, add a moon-shape crescent for the tail. The Swordfish can be colored blackish brown that gets lighter on the belly.

Interesting Facts about the Swordfish

Swordfish have great eyesight which makes them such a great hunter. The reason they are able to have such strong eyesight is because they have special organs next to their eyes, which are also used to keep their brain and eyes warm while in colder waters! 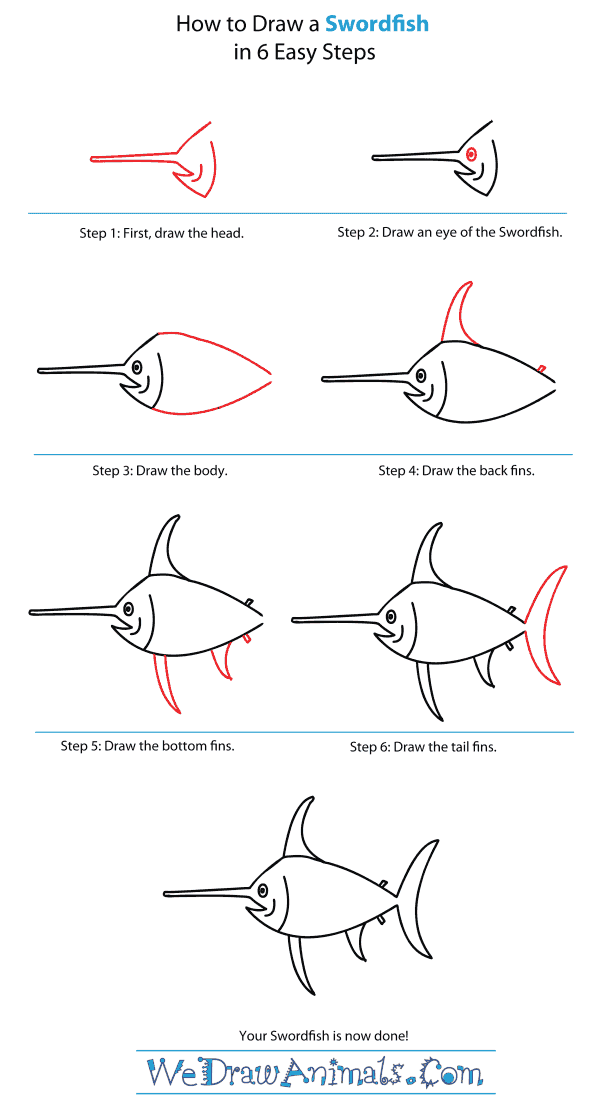 How to Draw a Swordfish – Step-By-Step Tutorial