How to Draw a Warthog 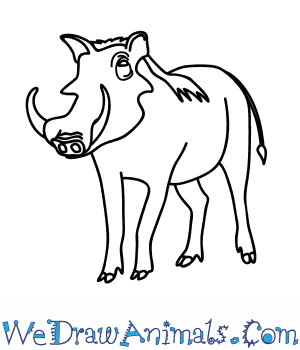 In this quick tutorial you'll learn how to draw a Warthog in 11 easy steps - great for kids and novice artists.

At the bottom you can read some interesting facts about the Warthog.

How to Draw a Warthog - Step-by-Step Tutorial 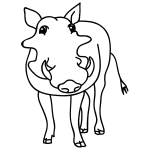 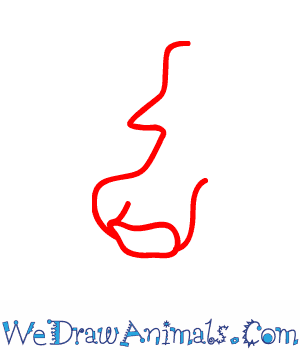 Step 1: Start by drawing the Worthog's head. Make a series of curved lines, starting at the very top left of the head. Curve it down, then out towards the left pointy cheek. Turn the line back in, before turning down. Curve it out to start making the snout, and where the tusk will go. Curve it back down, and make a bumpy curve to make the snout. Keep drawing the curve back up towards th top, turning slightly to the right to make space for the next tusk. 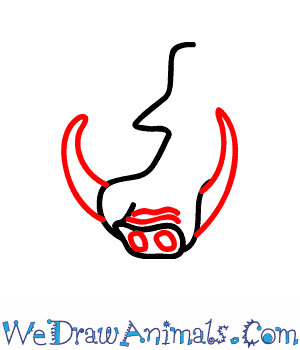 Step 2: Draw in the tusks near the bottom of the shape you've drawn. They are two curves that meet at a point, and join to the head at the curves near the bottom on either side of the nose. On the nose, draw two circles for nostrils, and two lines above the snout. 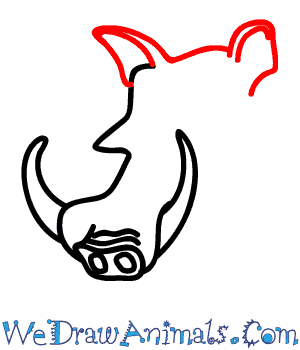 Step 3: Now for the ears! Make a triangle with curved edges for the left ear, with an extra curved line on top to make it look a bit thick. Then add the curve of the top of the animal's head, before putting in the other ear. Two curves to start it, then a straight line down, followed by a curved line to the left and down to make the bottom of the right ear. 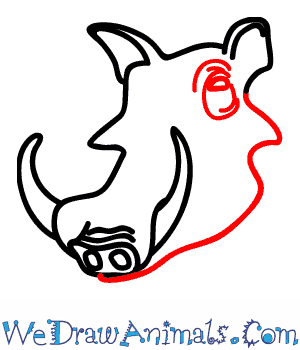 Step 4: Next we can draw the Worthog's eye! Make an oblong oval for the circle around the eye, and a line near the top to make the eyeball itself. Add a curved line above to make an eyebrow and you've drawn the eye! 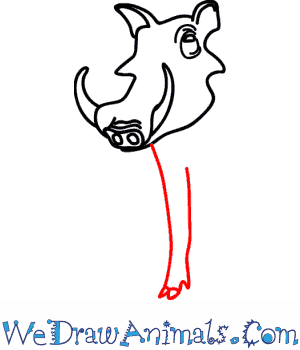 Step 5: Now for the first leg. It should start just behind the animal's snout, and travel down in a gently curving line. The shape should look a bit like a tree's trunk with a small root growing off the back. Just under the leg on the front should go two small triangles to make hooves. 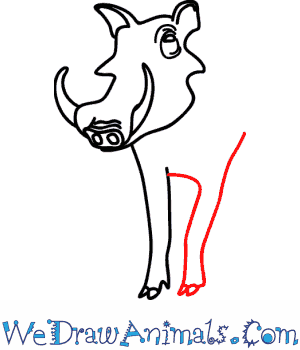 Step 6: Draw a small line that goes horizontal, before curving down into a long, bent tree shape just like the first leg. Add two triangle shapes to make the hooves, then draw the line going back up slanting towards the back gently. Now you have two legs! 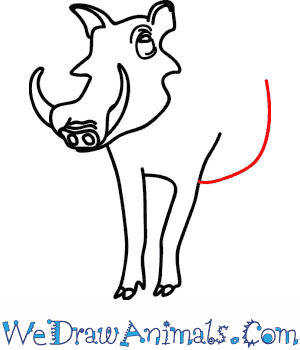 Step 7: Give your Warthog a belly by drawing a curve the goes into a rounded curve, pointing up. 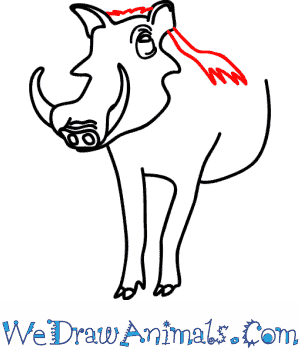 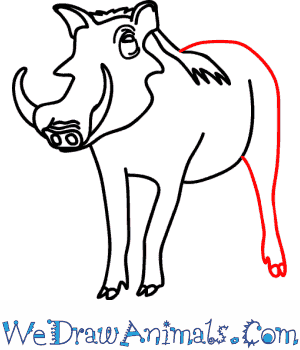 Step 9: Now for the rear leg! Draw a curve that starts in the middle of the hair you've drawn, and makes a hump for the Warthog's rear. It should then travel down into another tree-like shape, with two small triangle hooves at the bottom. 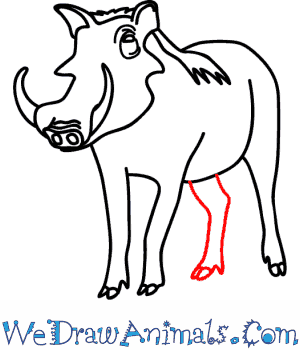 Step 10: Now let's add a leg that bends back at first, before traveling down into two more triangle hooves. Add a small spike shape at the rear-back of the leg to make it look really good! 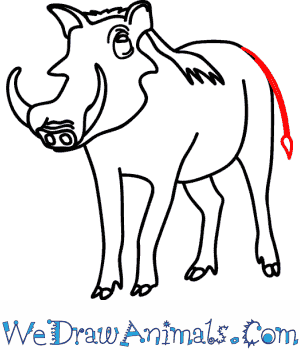 Step 11: Lastly we can make the tail! Just a line that travels down, curving behind the rear hump of the animal, and ends in a small, thin triangle. And now you're done! The warthog is finished!

Warthogs are wild pigs that live in Africa, south of the Sahara Desert. They have wart-like bumps on their faces, which are not warts at all. These bumps store fat, which protects warthogs during fights with other warthogs or predators. Although they have protection, warthogs are not fighters; they would rather run away when attacked.

Warthogs have four tusks, two on each side of their large snout. The two lower tusks average about six inches long, and the upper curved tusks can grow to be about two feet long. They use their snout and tusks to dig underground for shoots and bulbs, which are part of their daily diet. Warthogs also eat grasses, tree bark, and berries. They will sometimes eat the meat of dead animals, called carrion. 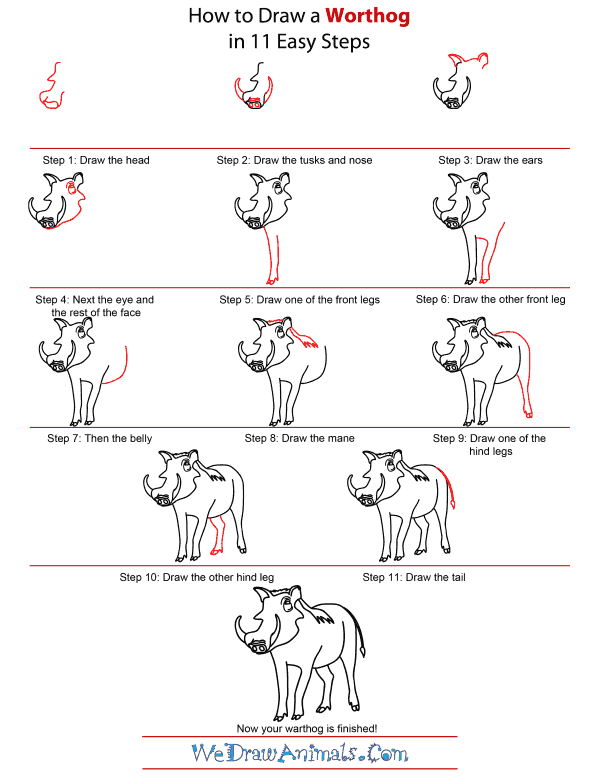 How To Draw A Warthog – Step-by-Step Tutorial

Previous post: How to Draw a Black Widow Spider