How to Draw an Osprey 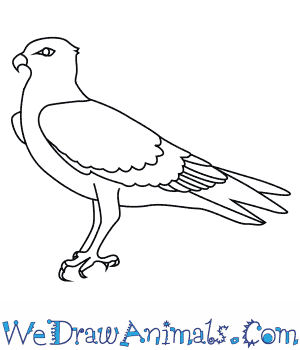 In this quick tutorial you'll learn how to draw an Osprey in 7 easy steps - great for kids and novice artists.

At the bottom you can read some interesting facts about the Osprey.

How to Draw an Osprey - Step-by-Step Tutorial 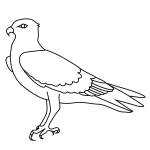 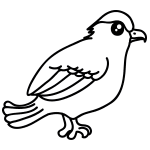 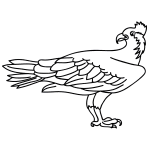 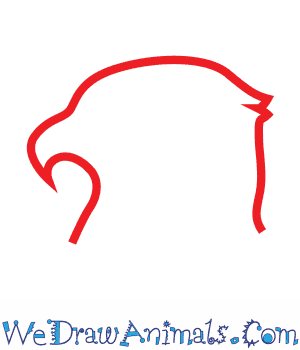 Step 1: Let's draw an osprey! Trace a shape that looks like a question mark. From there, draw a short curved line, continuing the line to create a longer curved one at the top. Finish the head by tracing a line down. 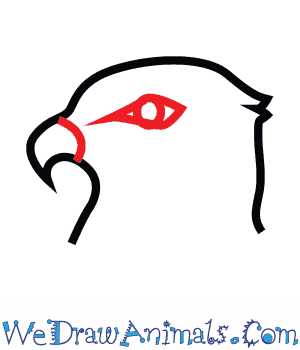 Step 2: Trace a line across the front of the pointy beak. Next to it, draw a teardrop shape and a small circle inside it for the eye. 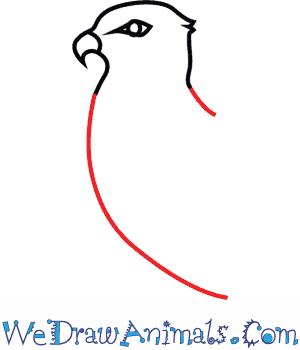 Step 3: At the front of the head, draw a long line, and at the back draw a shorter line, curving them both toward the back. 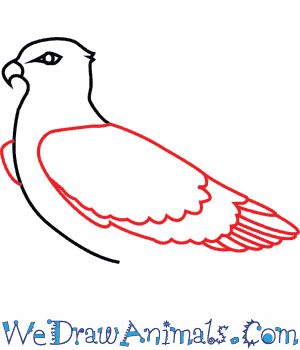 Step 4: Trace a line going across the top of the body then downward, making little U shapes along the bottom. From there, add another layer of U shapes. Draw a layer of long tube-like shapes last. 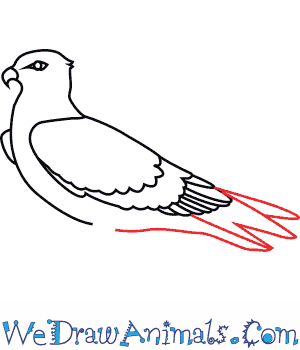 Step 5: For the tail, draw only three long letter V shapes at the back. Then draw a line across the bottom for the belly. 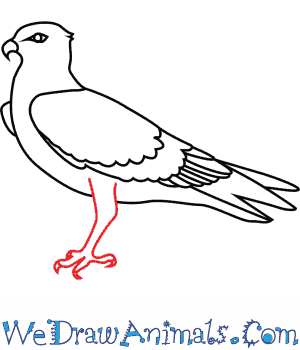 Step 6: Trace two lines that start off wide apart but get closer and closer toward the bottom for the leg. Draw four curved toes, adding claws at the end of each one. 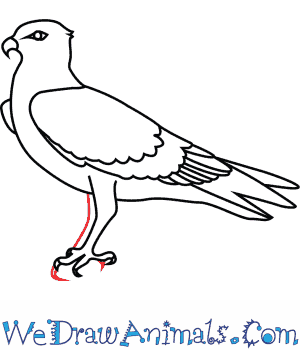 Step 7: For the other leg, trace a line along the first one and draw some claws peeking out from behind. There's your osprey!

Interesting Facts about the Osprey

The Osprey goes by many names. In addition to being called an “osprey,” it is also referred to as a fish eagle or a fish hawk. This is because it loves to dine on fish and almost nothing else. The osprey is a large bird, measuring at over 24 inches in length (body) and with an approximately 70-inch wingspan.

On average, the osprey weighs between two and four and a half pounds and is between 20 and 26 inches in height with a 50 to 70 inch wingspan. It has a short tail and narrow wings with five finger-like feathers, the fifth being shorter than the others which gives the bird a more distinguished look. 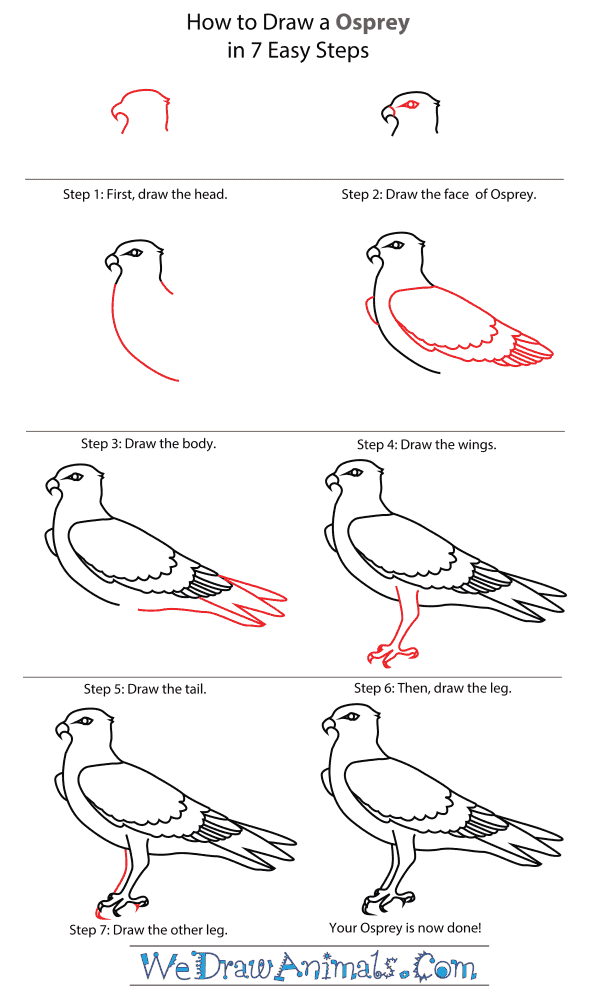 How To Draw An Osprey – Step-By-Step Tutorial